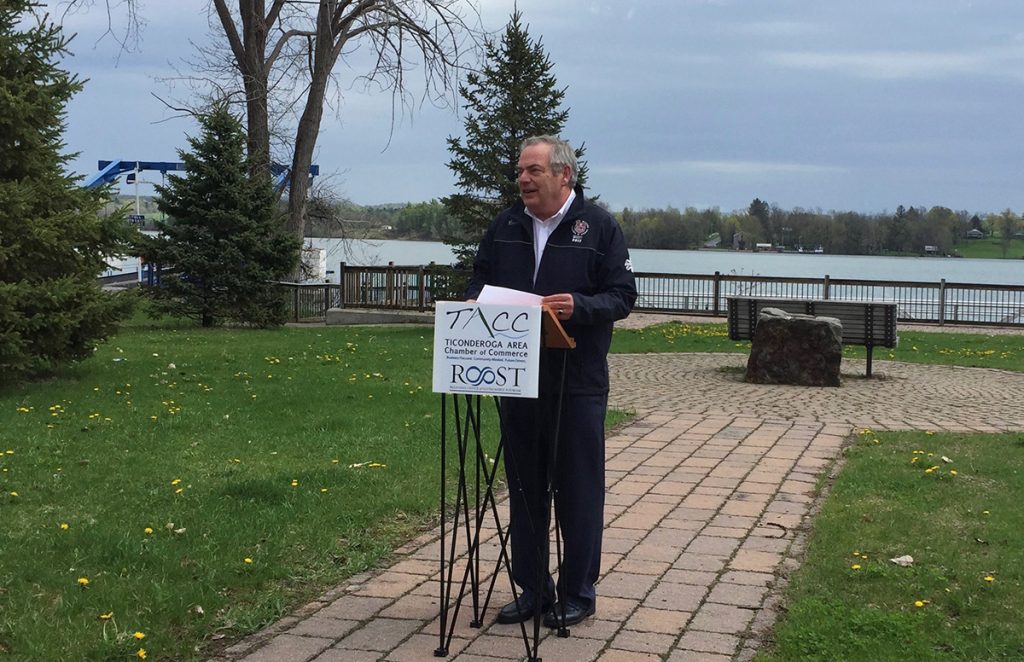 5/2/17: Ticonderoga, N.Y. – The Town of Ticonderoga, the Ticonderoga Area Chamber of Commerce (TACC) and the Regional Office of Sustainable Tourism (ROOST) are pleased to announce the results of the 2016 Lake Champlain Bass Fishing Tournament survey, and the 2017 tournament lineup.

In 2016, TACC partnered with ROOST to conduct a survey of bass fishing tournament participants to gather feedback about their experiences and impacts in the region. The survey was distributed to all tournament participants throughout the spring, summer and fall of 2016, and included questions about location and duration of stay, and type and total expenditures while they were in the region, in addition to collecting demographic data.

The central and southern portions of Lake Champlain have long been known as a premier bass fishery, and as a result, the area has become a favorite destination for bass fishing tournaments. Ticonderoga has long served as a primary weigh station and tournament headquarters, and the Town and TACC have worked to solicit and support these events.

Town of Ticonderoga Supervisor Joe Giordano is pleased with the continued success of the fishing program. “We are fortunate to be a well-known bass fishing destination, and our region possesses the quantity and quality of fish, as well as the gorgeous scenery to draw elite fishermen to the area,” he said. “The Town of Ticonderoga is honored to partner with TACC and ROOST to ensure that this important group of annual visitors is amply supported as they enjoy both our pristine waters and our welcoming communities.”

“The results of the survey indicate that Ticonderoga’s leadership in pursuing and supporting these events is having a positive impact in the region,” said James McKenna, ROOST CEO. “Overall, these tournaments represent $1.4 million in estimated direct expenditures in the communities along Lake Champlain’s Adirondack Coast in Essex County.”

In 2016, respondents traveled to the region from 11 states, including one from Florida, and the Canadian province of Ontario. The survey results also showed a high rate of return visits, with 45 percent of respondents indicating the they have participated in more than 11 tournaments in the region, and 62 percent saying they have previously traveled to the Ticonderoga/Lake Champlain Region for reasons other than for fishing tournaments. An astounding 99 percent of respondents said that based on their experience, they would visit again. “These folks are valuable, and loyal to the region,” McKenna added.

TACC now serves as the official fishing tournament community coordinator, a role that requires facilitating promotional and logistical details, including coordination with NYS Department of Environmental Conservation to arrange boat launch access. “We greatly appreciate the DEC staff for their ongoing collaboration,” said TACC executive director Matt Courtright. “Their participation is critical to the smooth and successful organization of these events.”