Posted at 11:35h in Local News by roostadmin 0 Comments
0 Likes 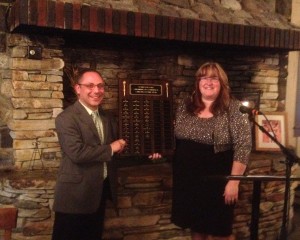 SCHROON LAKE, NY – The Schroon Lake Area Chamber of Commerce is pleased to announce that its Board of Directors have selected Seagle Music Colony as the Schroon Lake Area’s Organization of the Year for 2015. Seagle Music Colony, the oldest summer singer training program in the country, was founded in 1915, by world renowned baritone, Oscar Seagle. The Colony is celebrating its 100th Anniversary this year. Oscar made several concert tours in the United States and Europe, and recorded albums for Columbia, including the popular World War I hit “Dear Old Pal of Mine.” He served from 1903-1914 as teaching associate in Europe with his teacher, the great Polish tenor Jean de Reszke. De Reszke was a star of the Metropolitan Opera as well as Queen Victoria’s favorite singer.

When Oscar returned home, he opened a studio in Hague, on Lake George, in 1915. He then moved to Schroon Lake and taught at the Brown Swan Club, which is now the Word of Life Inn. In 1922, Oscar bought the property where the Colony currently stands. The Colony was quickly nicknamed “Olowan,” an Indian name meaning “Hill of Song.” Mr. Seagle’s reputation made the Colony a magnet for aspiring singers. During the 1920s, up to 125 students would come each summer, and in the winter many would follow him to Nice, France for further study at the de Reszke-Seagle School.

“There is about the name of Oscar Seagle a glow of brilliant years and extraordinary musical associations. His relationship with the immortal de Reszke and his own position as a master of many singers have made him unique among American artists.” (New York Morning Telegram)

Oscar’s son John was among the most prominent of his pupils. Born in Paris, France on February 15, 1906, he grew up hearing fine singing from morning to night. When the Seagles left Europe during World War I, John entered the Choir School of St. John the Divine in New York City, where he was the treble soloist for three years.

John Seagle made recordings for Decca and RCA-Victor, and sang with a number of weekly network radio programs, including Beatrice Lillie, Burns and Allen, Palmolive, Firestone, Cities Service, Wildroot, Maxwell House, Showboat and Sal Hepatica. He began singing with The Cavaliers Quartet in the 1920s and recorded over 500 hymns with them for an NBC program called The Church in the Wildwood, which was broadcast in many countries.

The Seagle Music Colony Singers were one of the first groups to perform before television cameras. John Seagle served on the staff of WRGB in Schenectady, NY, where Colony singers were frequently called upon to perform. After Oscar Seagle’s death in 1945, John directed and taught voice at Seagle Music Colony from 1945 to 1985. The old barn that was Oscar Seagle’s studio in Schroon Lake was extended into a theatre in his memory. John also taught voice at Trinity University in San Antonio, TX and continued to sing on radio, television and the concert stage. He was honored in June of 1996 by the Schroon Lake Chamber of Commerce as Schroon Lake’s Citizen of the Year. John died in 1997, and the John and Helen Seagle Scholarship was established in memory of John and his wife, who gave many years of devoted service to Seagle Music Colony.

Under the stewardship of John’s son Peter, his wife Dodie and their three sons, which continues to this day, the Colony continued in many of the same traditions. Then, in 1996, Darren K. Woods was hired as General Director. Under his leadership, and with a core staff including Richard Kagey, and Tony Kostecki, the Colony has grown to become the “Best Summer Vocal Training Program in the United States” (Classical Singer Magazine, 2000). Today, hundreds of applicants vie for the opportunity to attend the Colony. In the past twenty years, the Colony has grown from two productions and eight performances per summer to six full productions and over thirty-five performances.

This growth mandated the need in 2008 for Tony Kostecki to move to full-time resident General Director and Darren Woods to transition to part-time summer Artistic Director. From its beginning in 1915 and to this day, young singing actors travel from across the country to study with the wonderful faculty and staff who gather every summer “on the hill” in Schroon Lake. In addition to invaluable performance experience in opera and musical theatre, each young artist receives weekly music coachings and private voice lessons by the exceptional faculty. Artists also take part in career development classes, acting and dance lessons. Further, they sing in master classes for famous singers and artist managers, and learn the ins and outs of the world of opera and musical theatre.

“The Town of Schroon Lake has been blessed to have such an amazing asset in our region for 100 years. The Seagle Music Colony is loved by so many and it is the cornerstone cultural and arts attraction for our region each summer. Not only does this amazing summer program train gifted artist, but they share their talents with our local population and visitors through performances that are done throughout the summer. They have recently begun to do public school outreach programs in the area. The Chamber is excited to see what Seagle Music Colony will bring to our region in the next 100 years” stated Schroon Lake Chamber Executive Director, Tammy Whitty-Brown.

The Chamber will host a dinner to honor the Seagle Music Colonies selection as Citizen of the Year for 2015 at 6:00 PM on Tuesday, June 16. The event will take place at Word of Life Inn in Schroon Lake. Tickets to the dinner are available for $25 per person. For details, please contact the Schroon Lake Area Chamber of Commerce at 518-532-7675 or email director@schroonlakechamber.org. 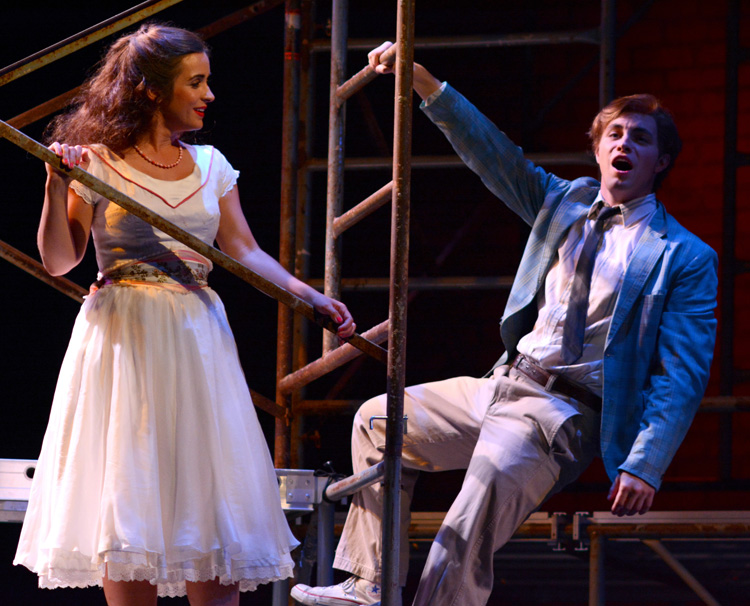