Posted at 15:07h in Local News by roostadmin 0 Comments
0 Likes

ROOST staffers were on the move in recent weeks, heading outside the Blue Line to learn new things and make lasting contacts that reach far beyond the Adirondacks. During this slow season, between the bustle of summer and what we except will be a snowy and busy winter, our staff made connections that will help promote the region to more people and keep us on the cutting edge of marketing ideas.

ROOST Director of Communications Kim Rielly is just getting back from New York City, where she, Adworkshop’s Rebecca Steffan, and a number of ORDA employees were on hand to promote the Adirondacks at the I Love New York Winter Media Night. 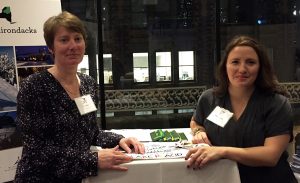 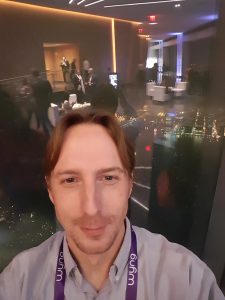 Incite Group Marketing Summit. It offered great insights into segmentation, targeting and personalization as well as how to scale content production and the complexities of the interplay between brand, channel, content, platform and messaging. Several large brands were present such as Microsoft, Nascar, Clorox, and JP Morgan. 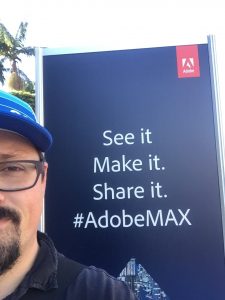 At the beginning of the month, Daniel Cash, marketing and design coordinator at ROOST, attended the Adobe MAX Conference in San Diego, California. The conference consisted of more than 10,000 designers and creatives from around the world. In the daily sessions Daniel focused on User Experience to learn how to make our websites more effective now and in the future. He also learned about maximizing our design resources for our regions.

In October, ROOST CEO James McKenna crossed the pond to attend with Lake Placid Mayor Craig Randall the annual World Union of Olympic Cities conference in Lausanne, Switzerland. They attended last year as well, and have often represented Lake Placid at the international conference over the years, maintaining the community as a major player in the international sports scene. Jim and the mayor found a photo of Lake Placid Olympian Charles Jewtraw at the start of a row of photos in the dining room at the Olympic Museum there. 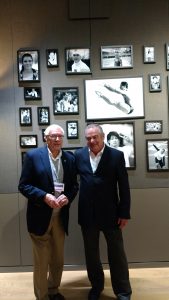