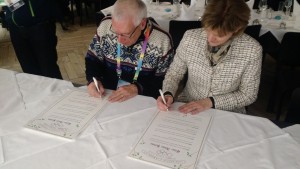 The Protocol of Friendship promotes the Olympic movement, and better understanding and friendship to build a peaceful world and create international goodwill. 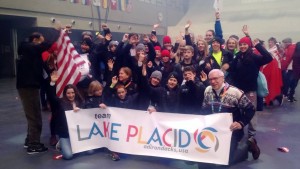 The Mayor and ROOST President James McKenna were in Innsbruck for the signing and to attend the International Childrens’ Games, in which a local delegation of athletes, Team Lake Placid, was competing.

The scrolls were designed by Gail Brill of Gail Brill Design in Saranac Lake.

Previous protocols of friendship were signed between the mayor of Lake Placid and the mayors of Calgary, Albertville, Lillehammer, Salt Lake City and Torino. 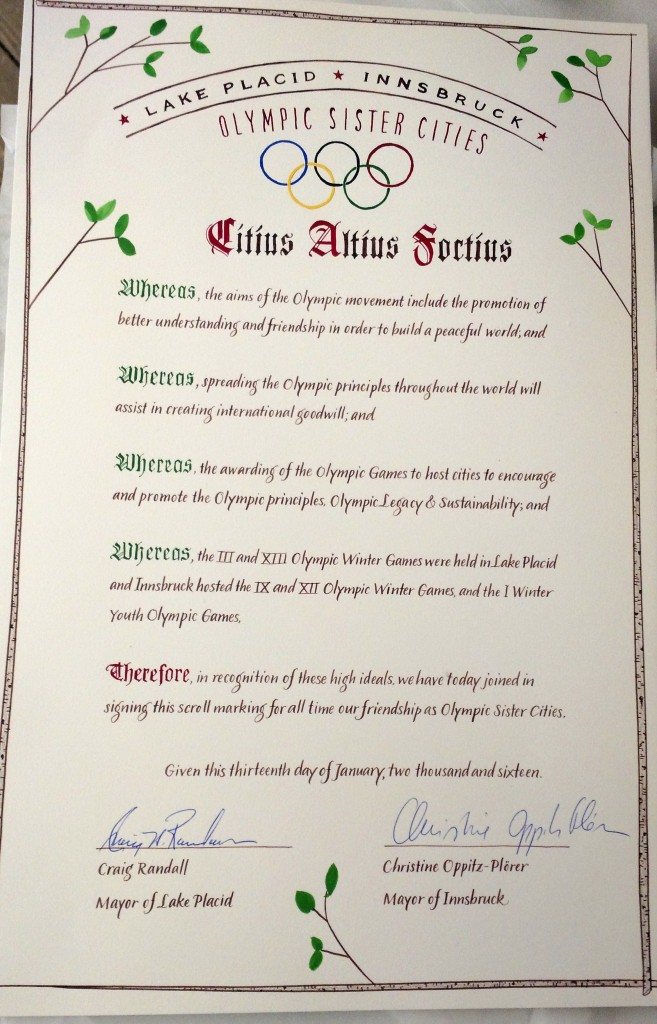