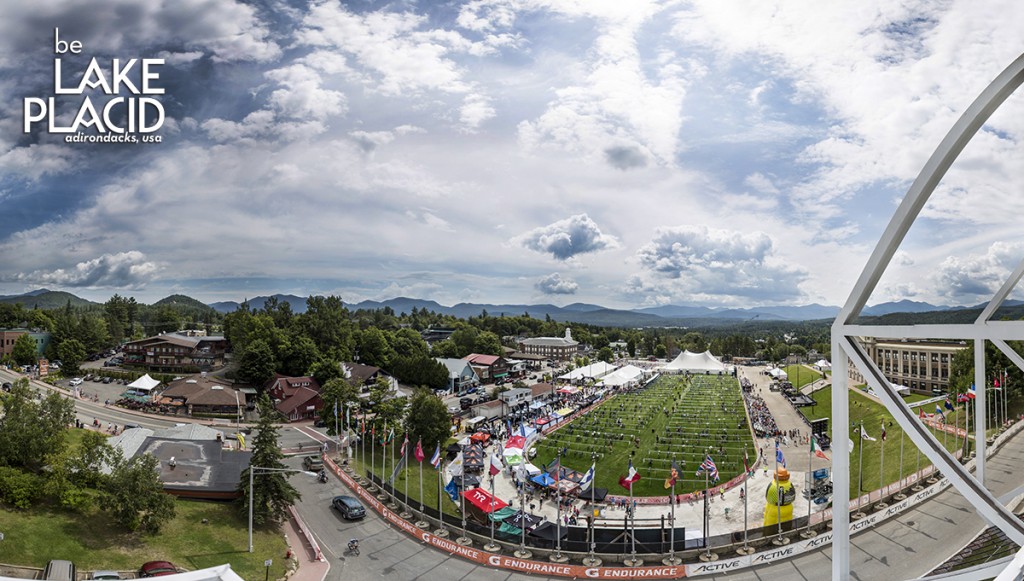 The stage was set: thousands of volunteers at the ready; thousands of competitors awaiting the early morning start of a long, grueling, but rewarding day; and a resort community welcoming them all, with all types of lodging at peak capacity.

And then the sirens sounded the alarm that indicated the unthinkable at any time of year: a fire on Lake Placid’s historic Main Street.

This was a test of a truly seasoned resort community, and it will stand out as yet another reason that Lake Placid has remained a successful year-round destination for more than a century.

From the lacrosse fields to the ice sheets in the Olympic Center to the Conference Center, and a range of accommodations, Lake Placid offers the facilities and infrastructure to host what we often refer to as “weatherproof” and “economic proof” events throughout the year.

But this resort has a commodity that is as valuable as the infrastructure. It possesses a region full of can-do residents, organizations and volunteers. This past Ironman weekend, they were all activated at a moment’s notice.

Foremost, the Lake Placid Volunteer Fire Department, under the leadership of Chief Torry Hoffman, and mutual-aid assistance from neighboring volunteer fire companies battled the blaze for more than 12 hours to prevent what could have been a much greater disaster — damage to even more of the structures on Main Street, which is one of the major draws for visitors to the destination.

Lake Placid Mayor Craig Randall, town of North Elba Supervisor Roby Politi and Ironman Lake Placid Race Director Greg Borzilleri were all on the scene throughout the night, and at meetings with state departments of Health and Environmental Conservation (DEC) at 5 a.m. to determine the safety of the water for athletes set to swim at 6:30 a.m.

Local restaurants and hotels provided water and food to fire and emergency personnel.

Support and shuttle transportation were offered by the United States Olympic Training Center.

The Visitors Center at the Conference Center at Lake Placid was buzzing with more than a dozen members of the Regional Office of Sustainable Tourism and Olympic Regional Development Authority staff, working to identify available rooms for any displaced residents or visitors.

The NYS DEC jumped into action and, by midnight, had placed booms in Mirror Lake to protect the water from debris and water used to put out the fire.

Many Ironman competitors and volunteers, some inconvenienced by temporary evacuations from nearby hotels, pitched in to help, too.

In the end, a historic building and the businesses it contained sustained devastating damage. According to a Red Cross press release, an estimated 16 local people were displaced by the fire, and all those affected by the fire had a safe place to spend the evening. The Red Cross is working with individual residents to provide emergency assistance on a case-by-case basis.

And the Ironman Lake Placid race went on as planned.

Ironman is one of the most significant events that the region hosts. And more important than the direct economic benefits, Ironman really keeps Lake Placid and the Adirondacks’ names in the limelight, providing significant marketing through major worldwide media — it’s really a built-in marketing mechanism for Lake Placid and the Adirondacks. The competition is consistent with the healthy lifestyle we enjoy here, has positively influenced many local youth, and supports our brand as a world-renowned sports tourism destination.

As a region that so depends upon tourism’s economic impact, it is imperative that we balance the responsibilities of being a world-class sports center with the needs of the residents who make it all possible.

The juxtaposition of such a huge emergency in the midst of an event of such significance to the destination was unthinkable before it happened. But in hindsight, it was a striking demonstration of the amazing collaborative spirit of the region’s residents, organizations and municipalities.

On behalf of the destination marketing organization responsible for promoting Lake Placid, thank you to the emergency personnel, the business community, dedicated volunteers and residents. It’s no miracle that this year’s Ironman event weekend in Lake Placid was successful!

–Kim Rielly, director of communications for the Regional Office of Sustainable Tourism (ROOST)