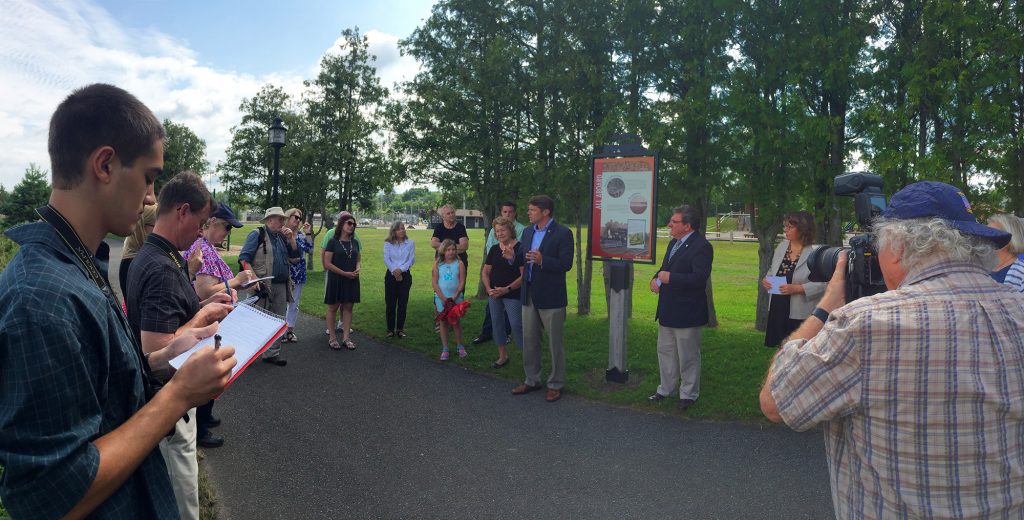 Tupper Lake, N.Y. — A ribbon cutting ceremony to celebrate several new interpretive displays and installations was held at 10 a.m. on July 12, 2017 in Tupper Lake’s Flanders Park.
Complete with an interactive log roll, climbing spike and interpretive signs, the new installations in Tupper Lake’s Flanders Park tell the story of the community’s logging and rail heritage, the history of the park and Raquette Pond, and effectively connect the waterfront to the nearby Wild Center.
The displays and interactives were designed and fabricated with funding provided by the New York State Department of State under Title 11 of the Environmental Protection Fund. Installation was completed by The Wild Center Staff and the Village of Tupper Lake Department of Public Works.
In addition to the installations, the park has undergone a number of other improvements, with more, such as the new bandshell, anticipated.
Courtesy of The Wild Center and Adirondack Foundation’s Tupper Lake Fund, an Adirondack-styled WiFi Charging Station is located along the Park’s walkway. Plus the entire Park now enjoys broadband connectivity, thanks to partners The Wild Center, SLIC Network Solutions and DANC.
“The Wild Center was excited to have the opportunity to tell the natural and human history story of Tupper Lake in situ,” said Stephanie Ratcliffe, Executive Director of The Wild Center. “While we view all 6 million acres of the Adirondacks as ours to interpret, to be able to enhance our immediate community with signage and interactive exhibits, explaining what a special place Tupper Lake is, was an honor.”
“In a community that is ever-evolving, this beautiful, accessible, welcoming park complements  the growing and diverse Park Street business district,” said Paul Maroun, Mayor of the Village of Tupper Lake. “These continued enhancements cement Flanders Park as a recreational and cultural centerpiece of Tupper Lake.”
“These wonderful improvements are a real asset to both residents of, and travelers to Tupper Lake,” said Melissa McManus, Tupper Lake Director of Community Development. “The amazing interpretive signage and interactive pieces, along with increased and convenient internet connectivity literally underscore the community’s credo to ‘Connect and Discover’.”
“This is a community with a can-do attitude,” said NYS Assemblyman Billy Jones. “Tupper Lake is successful in adding these terrific amenities because they don’t just develop plans and write the grant applications, they implement the projects themselves. Congratulations to all on this tremendous addition to the waterfront experience.”
“Being around water is just so calming, peaceful, and almost spiritual, and this project has provided yet another asset for people who come here and children who play here,” said NYS Senator Elizabeth Little. “This project is an attraction not only for residents, but it will also attract other people Tupper Lake. For people who may be interested in purchasing something at the Adirondack Club and Resort, for instance, this adds to the appeal of the community.”
“Governor Cuomo and the New York Department of State have long supported the Village of Tupper Lake, investing over $2 million dollars in the planning and development of various projects that have transformed the area,” said Rossana Rosado, New York Secretary of State. “Now, we are excited to celebrate with local leaders and the community as we debut the interactive and educational displays here at Raquette Pond that pay homage to the Village’s storied logging and rail history, enhancing the visitor experience and helping stimulate the local economy.”
For more information about Tupper Lake, visit tupperlake.com.
### 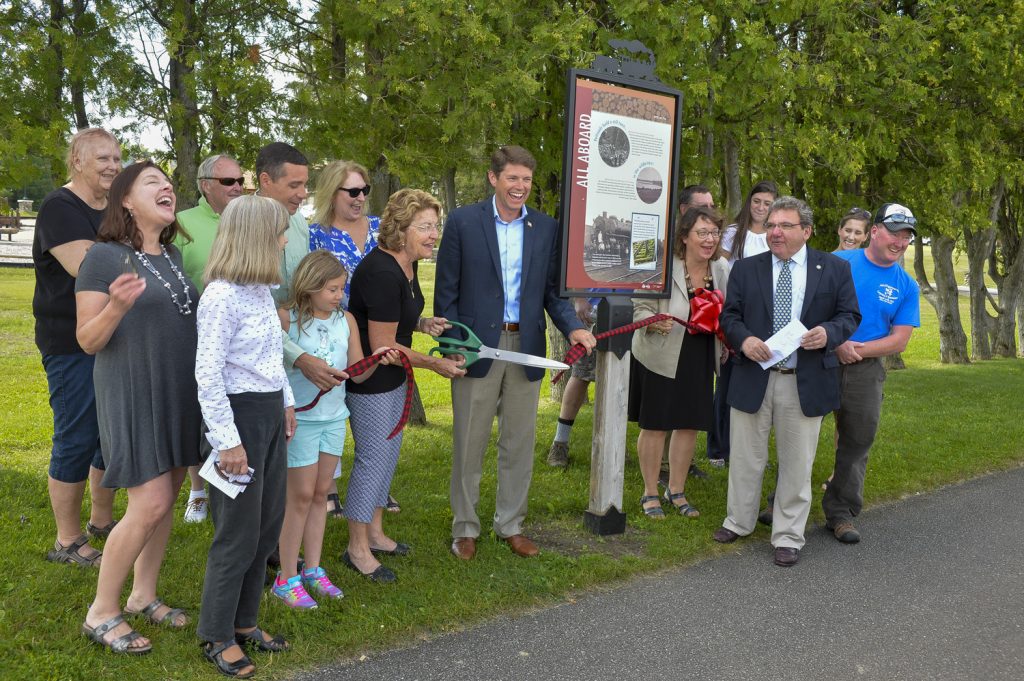 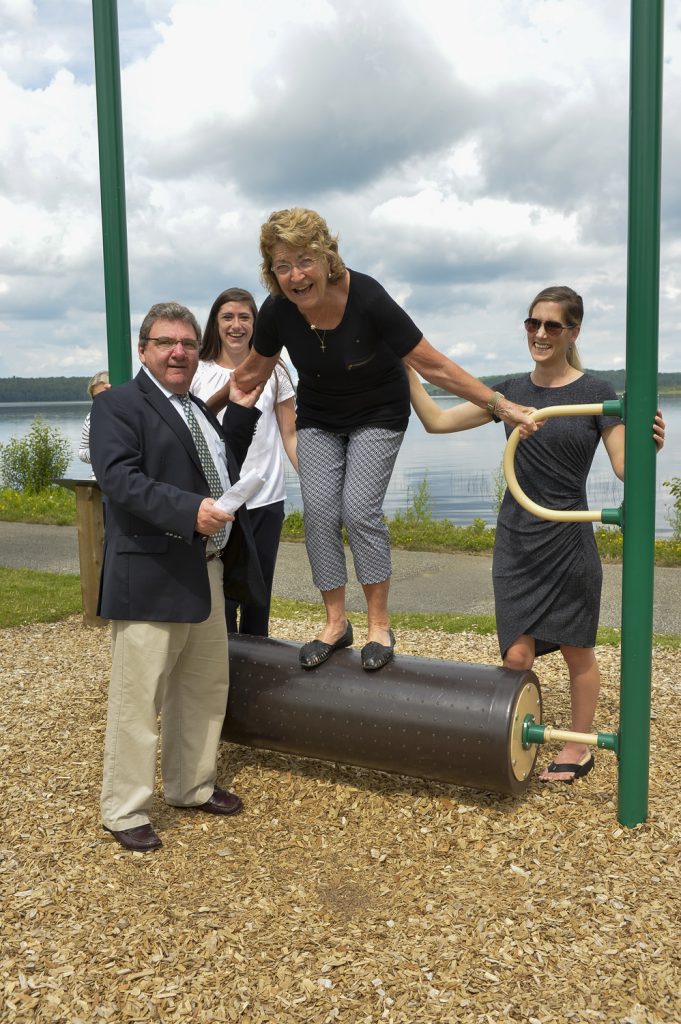